I'm up in Leicestershire on a training course so when it finished this evening out I went to get just under 30 caches around the airport perimeter.

I had already misjudged the distance by two miles but luckily I was travelling and 2.8 mph on average which was nearly a mile per hour faster than planned so finished slightly quicker than planned.

Along the route I got to see many things including a plane that had to take off after failing its landing attempt.

There was also some well thought out caches as well as a couple of tb hotels so a few trackables will be coming home with me to go to the event this weekend.

Dropped off two tb s too so hopefully the owner will be pleased.

Also found a great tunnel under a road that I explored but sadly no cache here, but if I lived nearby then that would have become a cache now ;) 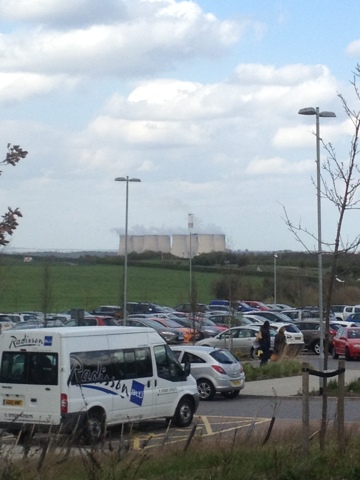 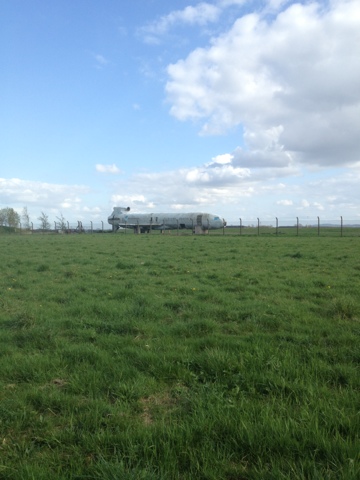 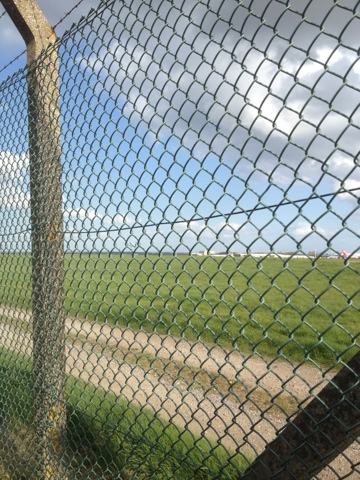 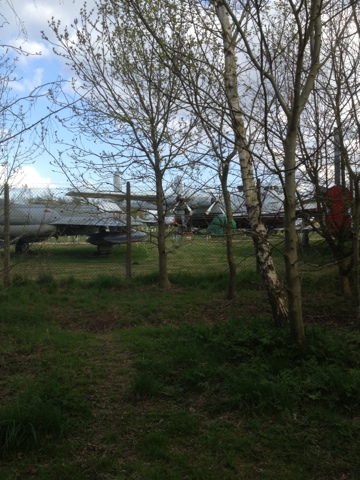 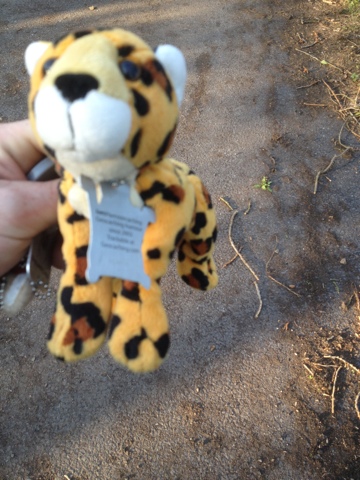 After last Sunday (not yesterday but one before) my connection has been playing up again with that Sunday spending much of the day disconnected. My Internet provider threatened that I would be charged if a fault was found my end etc etc to try put me off till I reminded them they were not providing me with the service I signed up for and I was strongly considering virgin, next they book the engineer.

After some line tests by BT last week my connection improved (funny that) with a maximum up time of 30 hours. The engineer said I was still inside the 10 days settling period and that 11mbs was a good connection and thaty leads etc were good quality before replacing the junction socket again with one with a built in adsl filter and changed my rj11 lead for a cheap BT standard.

Now clutching at straws the engineer did some more tests before checking the line outside and said he would pop up the street to the junction box there.

Twenty minutes later he rings, I've found the fault he cries, yes I think now who s the lier I think towards my provider. It turns out the junction box in the street is still connected by the copper wires that were laid down when the housing estate was built and although fine for phone it's been bad for adsl. So within minutes I watch my connection go as the BT guy gets to work with the copper wires, I just have that feeling we be seeing the street and estate being dug up soon.

Anyhow still not heard back since he started the work and hopefully now he has solved it. Yet another great engineer from BT who is full of ideas and yes tested my draytek router too. He was impressed with it saying that it was a very good router with nothing wrong so there you go Internet provider nothing wrong with my router either.

Lets see how it performs after the ten days and after the junction box is finally sorted out.
Posted by Unknown at 12:36 No comments:

Today I decided to clear some local caches, first was at didcot and a nice size container. Then over to Abingdon to get some more. One was a magnetic near the vineyard and at gz you could smell weed being smoked yeuk. The next one was a black snail then onto two trads before finding a nice size one at radley and then a nice size multi near Shelley close.

From here I went tomcat ham to get three including one up a tree.at gz I metdaniel glover and co and to my disappointment found it wasn't really a climb as such, but I got to see deer in the field.

On the way home from here I picked off three walkies caches and a geocoin and also a second to find, this was after a delay along the a338 where a motorcyist had been involved in an accident with a car.

A couple pictures below one of the powerstation from Marcham now with no cloud making steam and of the deers whilst caching at Marcham.

Out with frodo in lambourn today, after surviving the potholes between Wantage and lambourn we began the walk which was to amuse us as once we got near to the first one there was a couple searching everywhere for the cache. Me and frodo stood and the bridge watching as we were finding this hilarious and once they left got the cache that they couldn't find. We didn't see much of them till near the end, so no doubt locals.

As we worked our way round we were finding either the co ords were out on some or the gps was playing up, but by half way round things improved, although we solved the multi we couldn't find it but found the deers. Along to the next and we muggled queen of maps with her partner and on to one disguised as a brick.

Later on we found quickly one that's been having many dnf s and soon had it in hand although frodo smelt it straight away but couldn't put his paw on it.

By now frodo was a brown blob from all the mud pools so on my list was to head back near to number one so he could have a swim in the chalk lined river. After a play in there he was a lot more cleaner, just wet which is better than caked in brown mud.

On our way home we went to pick off layby monkey a new cache and as we pulled up I could see it but a car pulled in behind with a guy looking at gz and his phone from the car, this became a stand off as I wasn't moving nor was he and he soon left. The fact I have a trackable on the back of my car gives away I'm a cacher lol. So not a bad day, no multi and no bonus (no bonus clues in the caches) but hey ho.

There was also a lovely cottage which we stopped to admire, very nice. 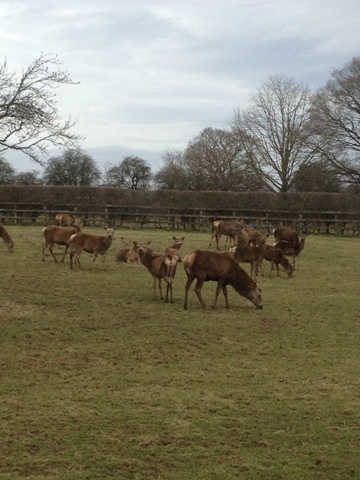 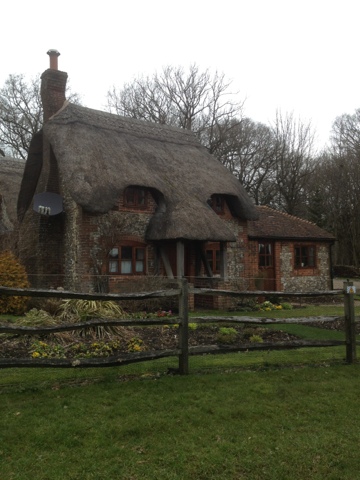 Three new caches came up last night at work, so left them. Why I hear you ask, we'll it would be two hours till I got out there and by then half a dozen signatures on the logbook.

Anyhow after BT engineer left we took a trip up to the ridgeway, the sun was burning through the mist and was warming up.

When we got to the first cache we were surprised to see a blank log :)

The next was a bit harder as the co ords were 300ft off but we soon found it.

However at the third, even through we were first to find this was the hardest as it was very well hidden, only using an iPhone I wondered if we were actually close enough and as I was about to call it a day (and frodo finish playing in the puddle after giving the tree a good sniff over) we found it and a third ftf.

A nice walk back to the car and back home.
Posted by Unknown at 12:32 No comments:

BT and my connection

A lovely engineer turned up at 8.30 this morning and after making a fuss of the dog got to work along with the cup of tea made for him.

I explained the problem to which was met with "there has been a lot of problems recently" and he set to work testing the line.

To my annoyance this morning the line had been up for 44 hours without a reset, about the same time since I complained again to my Internet provider.

My snr was still too low 6 or lower will cause dropped connection and now testing my filter and BT socket.

We soon had the majority of the problem solved, the BT junction box needed replacing and was replaced promptly with a new one.

After further testing my speed increased and then a few other buttons pressed, calls made and my snr was increased and I'm a happy man.

The connection will take a week to settle down, but looks like now the problem had been fixed.

Thank you BT
Posted by Unknown at 12:28 No comments:

That's why I've not been on here for a while, after umming about it I took the plunge and realised I can also view PDF s and images in 16 shades of grey. So I can now put my linux PDF s on it and have already started looking at writing some books to go on the kindle site. Maybe this time next year I will be a millionaire... But there again....
Posted by Unknown at 01:51 No comments: