Hope we did you proud

Yesterday was the final journey for my friend who decided he wanted to go to eternity. Up at the crematorium about 60 people had gathered, half of them from work. When spence arrived we got one of our battery power lorries to lead the convoy along with us walking two by two in front. I was proud to be at the front leading the journey along the 500ft or so to the chapel.
Once inside it wasn't any normal celebration of life, there was talk of my friend through his life, his caring and unselfish character and how we all wanted to know why he did it and how his family hopes it will stop someone else doing the same.
At the end we were allowed to go and touch the coffin instead of the usual disappearance through the curtains.
With over 60 people it showed how popular he was and how anyone of us could have been approached, none of us wanted to be there if we could help it as he was only 41, but we were to say goodbye to him.
His dad thanked us for our procession to the chapel as spence loved his job and the people he worked with and I felt proud to have been part of it, to help my friend on his final journey.
I did visit him in the chapel of rest at the start of the week, spent around twenty minutes with him telling him what I had been up to at work, telling him off for leaving us, as well as the speck of dirt on his finger. But asked him why why why and told him how he could have talked to anyone of us, before placing a card I had made for him with a message in his hand to take with him.
The only comfort I got was to know he was at peace, lying asleep in his now resting place and knowing that he was looking down and no doubt wishing he had actually talked to someone, but knowing how he left us I knew it wouldn't have been painful unlike the pain he left his family and friends in.
So spence mate, at least now you're at peace and I hope we did you proud, just wished you talked to us, but at least now you know that actually their was a second option.
Rest in peace mate 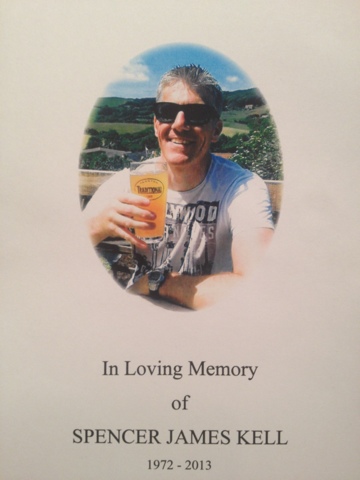 Geocaching is getting crap

Yes I know negative but let's look at the facts. I rarely cache these days, have two caches within 500ft of my house which I haven't even bothered looking for, why?
Well simple, it's unfun to look for crappy micros hidden in any place that can fit into an already cache flooded area. They are not well thought out, often co ords well over 20m out and often with soggy logbooks. When I started a few years ago caches were large and if not large had enough room for swappable swag for the kids. These days anyone starting will be put off very quickly with the poor quality caches.
Maybe an idea is if a larger cache can be fitted within 524ft of a current cache then the reviewers should archive the existing one and allow the new one instead, but what about the crappy micro? Well two options (well fits into one) the old cache owner should collect and remove it and if they don't then the cache owner of the newer bigger cache should remove it and place it in their new cache with a note for the attention of cache owner x
Maybe in a few weeks I will feel different, but know I'm getting fed up with it.
Posted by Unknown at 22:49 No comments:

Email ThisBlogThis!Share to TwitterShare to FacebookShare to Pinterest
Labels: geocaching

I found on twitter the other week a link to adafruit s pidora wifi radio and thought I would have a go.
I already had the lcd shield, just not assembled so last night I assembled it and bodged a case together with electrical tape to protect it.
I followed the instructions as per guide on adafruit and it wouldn't work, so I erased the card reinstall adafruit Occidentals onto the card and ssh d into it to install and edit what was needed, this time worked fine once I had sorted out a pandora account.
Pandora is an American only Internet radio type service like spotify or last.fm so I had to get a us proxy address so I could sign up on the site and edit my router so the dns would use unblock us a service I have used to view the American netfliks which is tons better than the Uks.
So now I have a nice little Internet radio player, just now looking for a way to play various radio stations as well. 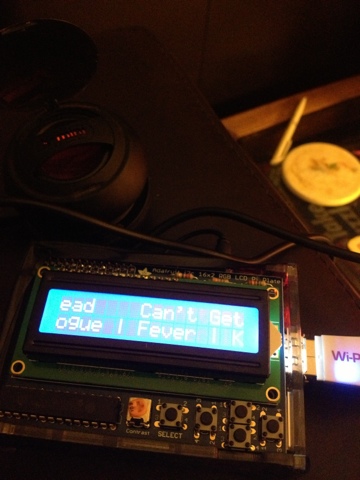 To a wonderful friend and colleague, Spencer Kell who sadly is no longer with us after deciding to end his life.
You were a great asset, a wonderful friend and invaluable colleague, not only that but a great dad to two wonderful kids who I know you adored.  Two kids that will now be without a dad and won't be able to share their lives with, their weddings, graduations and passing their driving tests.
Spencer you were without a doubt someone who cared for others, could have a laugh and a joke. You enjoyed cycling and recently told me about your time in swinley forest mountain biking. You always had a smile on your face, enjoyed banter and lots more.
I could always rely on you for help, for someone to answer a question and someone who would go that extra mile.
You were not just a traffic clerk, you were a first aider, fire warden, forklift driver and a lot more. You were a hard worker and always keen, something I hope your children and family will be proud of.
May you rest in peace and hope that whatever it was that caused you to do this is now not bothering you, just wished you could have talked to us and not take what you thought was the only option.
You might now be gone, but never forgotten, rest in peace. 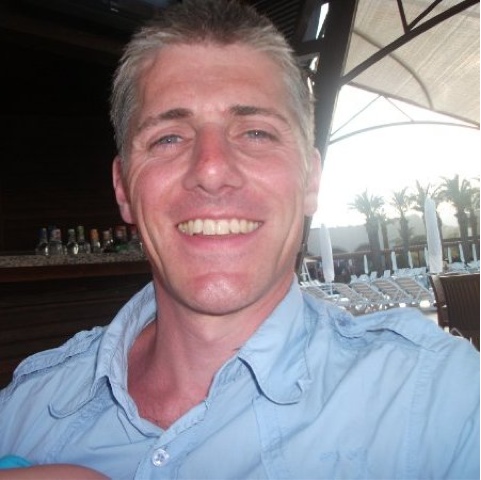