Headed off to the raspberry pi event at Milton Keynes today, no real caching planned and not suitable clothing but ok for the drive bys on the way up.

After two dnf s things improved then 2 hours later I arrived at the event (caching makes your journeys last longer).

Didn't know what to expect and soon saw dr sollys geotruck so knew if things went quiet there be someone to talk to about geocaching.

Within minutes of arriving I found someone who had done a light and fan project which pricked my ears as I had been looking at how I could do this and now with the ability to use unix code to see the thermal CPU temperture I reckon it be easier.

There were many friendly and welcoming people, skpang who runs a electronics business and a whizz with electrical stuff showed us a set up using a reversing camera as a monitor, excellent idea and one i want to do.

A lady who is a school teacher was telling us how hard it had been to try and get pi s into school and one that annoys me considering how cheap these devices are and the fact that these things could be what brings in new programmers etc to a future generation.


At the end of the event we went on a tour to see some of the old computers, including collisus and the witch. The witch is a two tonne machine from the 1940 s used by the harwell scientists to work out their huge calculations in the atomic research establishment. We were lucky to be shown it up and running and certainly an interesting machine. Whilst looking at the other computers there I came across one with basic code. Remember this:

Yeap that brought back memories, then there was one, yes, well two, bbc micro machines my first insight into computers when I was 8 and those famous red buttons at the top.

After the event myself and dr solly went off caching, a linear route, with two vehicles we parked one at one end and one at the other end. Things started off ok till we got near a bridge and found with dr sollys walking stick that it was about knee deep with what was left of a walk way and a plank of wood. After some careful adjustments we were able to make our way across.

Later on we did a night cache nearby and realised once we did it that we had passed some caches that I hadn't done so got one on the way back to the car. Note next meet run a pocket query of the area. The night cache was a huge cache with some good goodies. Dr solly torches left at various good caches including this one.

Along the way we talked caching and pi s and one idea I need to do is turn off the GUI off one of my pi s, also need to add the hard drive dr solly gave me for a file server project .

For what was meant to be a morning out ended up being a great day out, thanks to everyone at raspberrypimk event and dr solly . 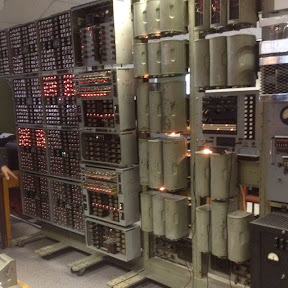 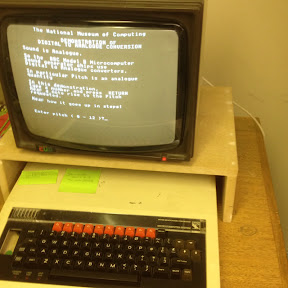 Not really been up for much outdoorness recently, might be the time of the year or I can't be bothered to drive for an hour to get to a trail.

However I have started a new project called raspberry pi. It's a £20 quid computer that you need to then buy a lead to you tv (99p) a case (a couple of quid) power pack (couple of quid again) wifi or Ethernet and USB keyboard and mouse (about 7 quid) and a USB powered hub (three quid). Oh an an sd card of minimium 4gb and preferable class 10.

So for under fifty quid it's up and running, I currently have two. One is plugged in with ssh and vnc so I can play and learn from anywhere. The other I interchange the sd cards, one card has xbmc on it and since changing the class 4 card to a class 10 doesn't seem to buffer or drag no more I know have a better way of watching films than with my apple tv.

Ok I've had to start learning Linux and unix and have been lucky to find many of the books on amazon second hand costing a grand total of £2.81 including postage for many books costing ten times what I'm paying for brand new. Yes I've had one dirty book with part of a page ripped out, but 99% of the books have been received like brand new.

My current project is to make a cloud at home to use from anywhere. I did succeed with my first file server and ended up connecting my tb harddrive back to the router and have since started adding all my DVD s to it as my music (200gb) is already loaded on there after going through a spate of buying secondhand CDs for less than a quid including postage and using iTunes to get a better quality with their service and cloud thingy and certainly cheaper than buying the old albums from iTunes.

So what have I planned? Well I'm looking eventually to run one of these devices from the car with mobile data, touchscreen, live maps and live cache status of caches, ambitious? Yes but an interesting project it will be.