This is always one event I look forward to, it does mean a two and a half hour drive each way and a total of 205 miles round trip but all worth it.

First thing I came across was Mr Monks great little snake game, brought back my misspent younger years playing this for hours on my works phone. 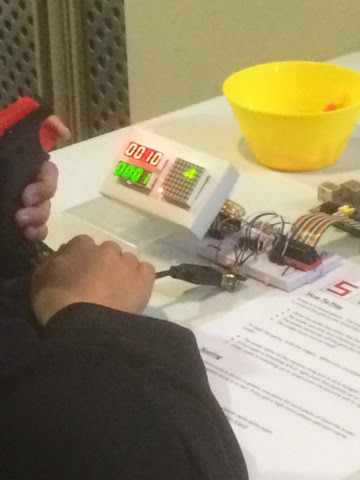 Raspberrypi guy brought along his robot which looked ace.

Also my MyPiFi LED board made it's first public appearance with 96 hours left on kickstarter www.mypifi.net for short link to project. 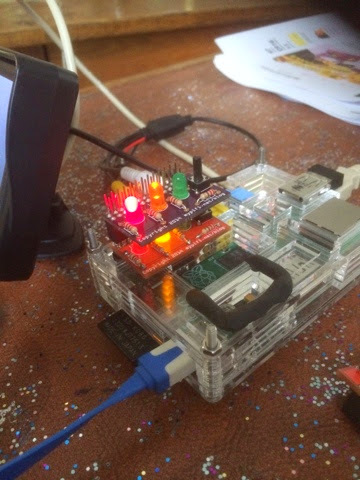 There was also a portable pi set up which I thought was excellent.
Alex Eames had his HDMIPI on show, can't wait till these are shipped in about 6 weeks.
Joseph from the stewards academy had brought his robot arm along again controlled by a glove he had built sensors into, I have seen this from the early stages and every time I see it it's improved more. I know what he has planned next but I won't say here or yet what it is, but a suggestion from me is an industrial robot arm mawhahahahahha ;)
Camjam and the Pi Hut also officially released their edu kit a £5 pocket money kit containing breadboard, LEDs, resistors, button switch and some wires all in a box so you could build your own MyPiFi ledboard with it ;) 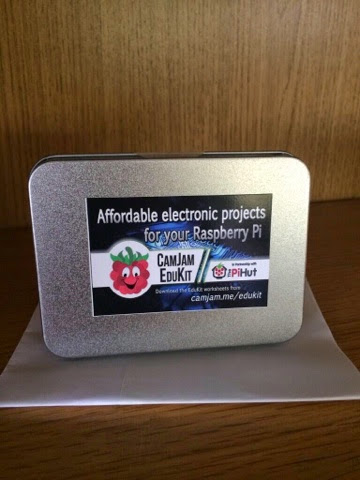 Some more info on the upcoming Robot Wars was announced including registration in August.

Ben Nuttal did a great presentation on git hub which helped me understand it a bit better, thanks Ben.

If you are wondering about attending in future then yes come along it's worth the trip and lots to discover.
Posted by Unknown at 16:45